In 1969, when Captain David Ayres wasn’t flying passengers cross-country for American Airlines, he was in his machine shop in Redondo Beach, California, working on his racing carts. Though it was just a side business, David must’ve known what he was doing. Because that same year, a man walked into his shop and asked if he could design and build a new type of refueling connector for racecars. The man’s name: Carroll Shelby.

David took Shelby’s challenge and set out to build what would become the first RedHead dry break valve. Unfortunately, while David was perfecting his design, Ford Motor Company stepped in and bought Shelby’s business. David soon had a quick-fueling valve ready to sell, but Ford wasn’t interested in paying for Shelby’s project.

David had created a game-changer, but now he needed a customer. Legendary crew chief George Bignotti heard about David’s new valve and immediately saw the potential. He installed one on Johnny Lightning—Al Unser Sr.’s entry in the 1970 Indianapolis 500.

It was RedHead’s first race. Bignotti’s crew was able to shave valuable seconds off every pit stop thanks to the new valve, and in the end, Unser took the checkered flag more than 32 seconds ahead of second place.

For the last 20 years, RedHead valves have been made in American’s heartland, at the same facility, by the same family-owned business David Ayres started all those years before.

We take pride in every RedHead valve that leaves the shop floor. And we promise American-made quality on every lap, every pit stop, and every refueling.

So race with the original. Not just red. RedHead. 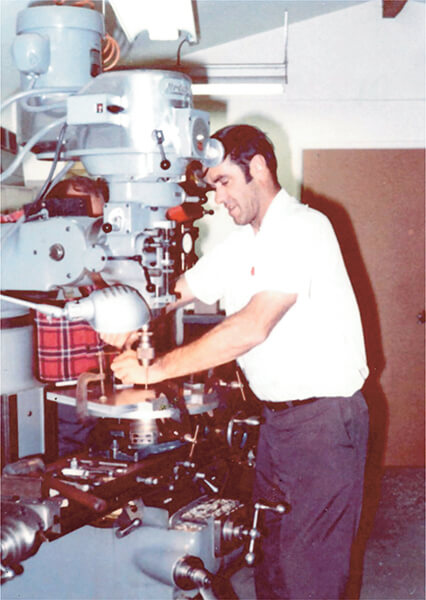 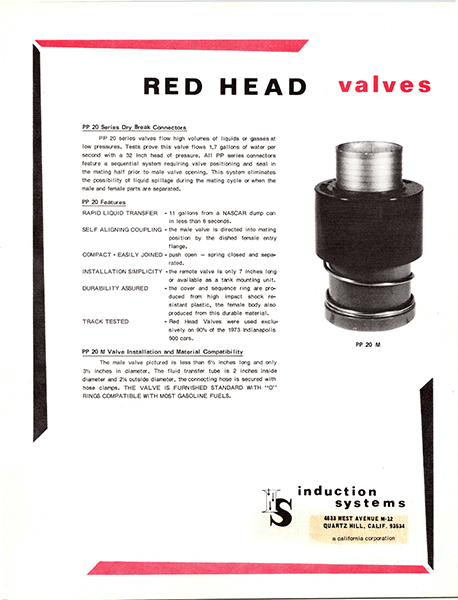